Spring & Summer 2022 in the south and west of our area

We started ringing at our spring sites a little earlier this year because of an early finish at the Sutton Bonington winter site (owing to a lack of birds). We also had a number of new trainees start and needed to catch some birds prior to the return of the warblers. So we had three pre-CES sessions at Attenborough in March and early April prior to opening up the site at Holme Pierrepont on 10 April.

The early sessions at Attenborough provided a nice range of species including a couple of Blackcaps and ten Chiffchaffs but the most surprising bird in one of the nets was a Mallard, even more surprising was we managed to get to it before it extracted itself and escaped – as is usual with such big birds in superfine mist nets. 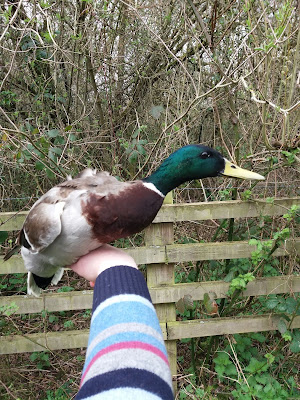 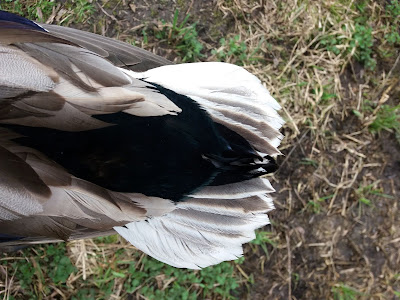 After a few early sessions at Holme Pierrepont we then prepared to start the CES at Attenborough only to be thwarted by Avian Flu restrictions. This meant we missed the first session of the CES but thankfully restrictions were lifted and we managed to complete all following visits. No real surprises on the CES but it was nice to catch a couple of Garden Warblers again and find a Willow Warbler in the net on one of the sessions. Overall the catch rate was comparable to 2021.

The scrub site at Holme Pierrepont is quickly disappearing as the vegetation thickens and increases in height. This summer we had an overall catch just over 100 higher than last year but that was only because we made nearly twice as many visits! A quick look at a few species seems to show a much reduced catching rate for all warblers in particular Lesser Whitethroat, only one captured this year and a big drop in Willow Warbler numbers. A slight increase in numbers was shown by Garden Warblers and Cetti’s Warbler. Resident species captures seemed to compare well with last year the only notable difference being a nearly ten fold increase in Long-tailed Tit captures. 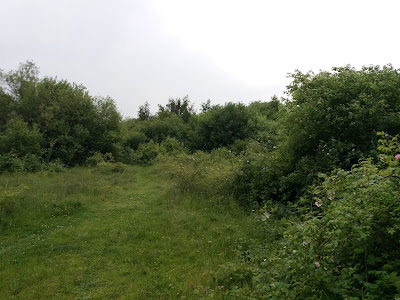 Our other summer site at Ramsdale Golf Club showed lower capture rates for Chiffchaff but slightly increased rates for Willow Warbler, Whitethroat and Lesser Whitethroat. Garden Warbler and Blackcap numbers were comparable with last year. Resident species captures here generally compared well with last year the only notable differences being large drops in the numbers of Blue and Great Tits. Notable captures were a Reed Warbler, only the third one at the site since we started there in 2015 and a Swallow, the first at the site since 2015. 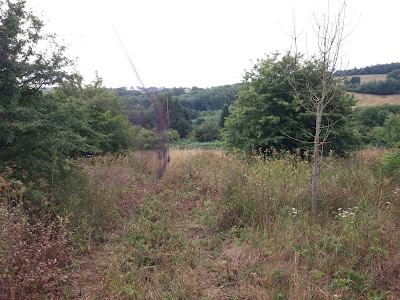 The mist netting above was of course interspersed with the checking and ringing of Owl boxes, Common Terns, Cormorants and Herons. I also managed a little garden ringing resulting in the unexpected capture of three Stock Doves in a Potter trap. 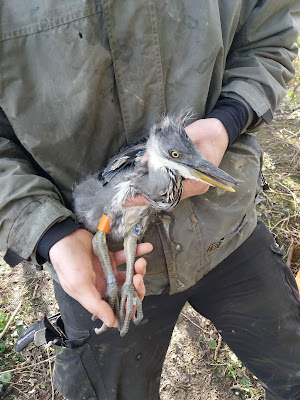 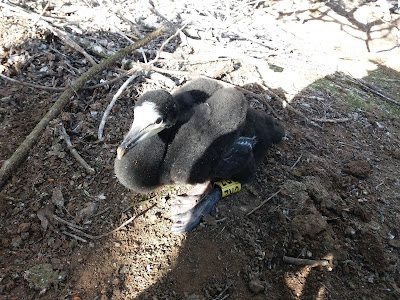 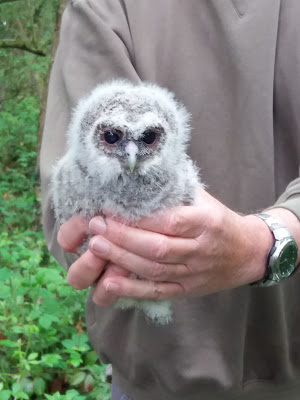 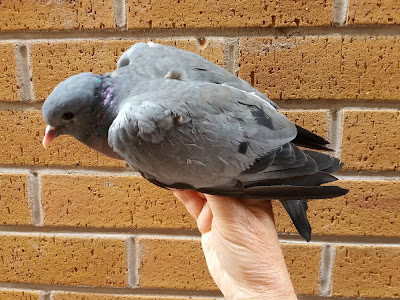 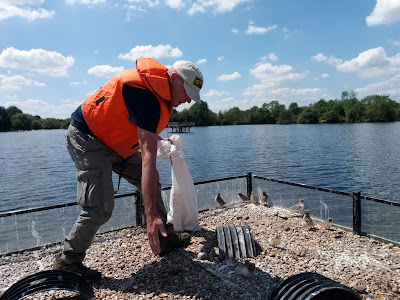 'Yellow CX4' is a Cormorant that is starting to acquire legendary status. Ringed as a chick at Attenborough Nature Reserve in 2016, it has been re-sighted at least a dozen times. But even more interesting is the clear pattern of movement that it undertakes. It seems to breed in the Merseyside area and spend the latter part of the winter on the Suffolk coast. This movement has been repeated over several years but to date we have no sightings in the post-breeding ad early winter periods. Many thanks to Alex Jones for the latest sighting, shown here. 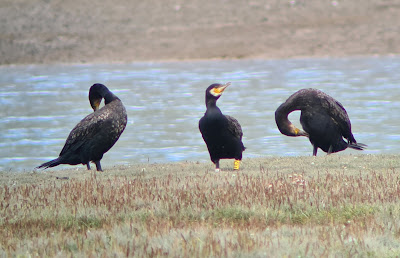 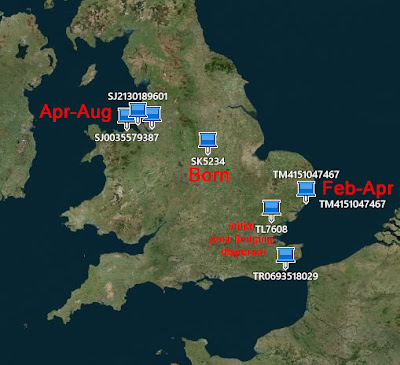 Posted by Pete Leonard at 21:41 No comments:

Scott Watson from Ambergate, Derbyshire, has photographed this Grey Heron visiting his garden pond recently. It was ringed earlier this year at Attenborough NR on 18 March 2022. 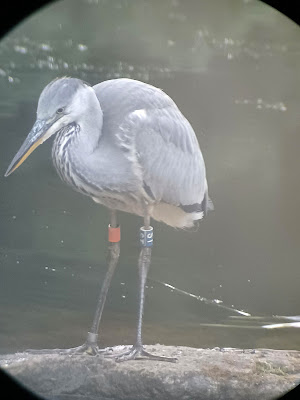 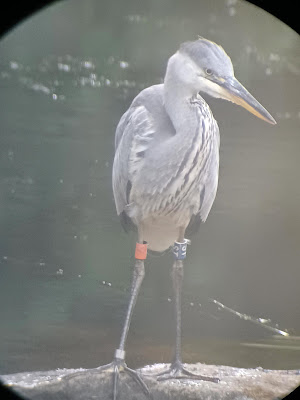 Posted by Pete Leonard at 21:31 No comments:

This amazing resource has just been launched: https://migrationatlas.org/


The BTO sent recently out the following introduction to the project:

Developed by the EURING Migration Atlas team over the last four years. The core of the Atlas provides interactive, online maps of the migration routes and movement patterns of 300 species. In addition, for around 100 species the maps incorporate tracking data via a live feed from Movebank.

For each species, there is a series of interactive maps showing movements of birds ringed in eight different regions of Europe, movement patterns for each region by month, age and sex differences, patterns according to the cause of recovery and animations showing seasonal movements across the year. All maps include interpretive texts written by an international team of experts, tables and graphs showing the types of data used and supporting references. In contrast to printed atlases, which can become out of date relatively quickly, the online Atlas has been built in a way that will allow it to be updated as new data become available from both EURING and Movebank.

In addition to the core mapping tools and species accounts, the Atlas includes research modules on the spring migration seasons of hunted species, killing of birds by man, migratory connectivity and long-term changes in migration patterns, together with an Executive Summary that draws together its main conservation conclusions.

Posted by Pete Leonard at 21:07 No comments: